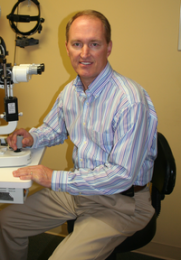 He attended college at Southern Arkansas University, where he received a Bachelor of Science. Dr. Barnes sparked an interest in optometry from his father who worked for the Office for the Visually Impaired. Upon receiving his BS, Dr. Barnes moved to Memphis, TN where he attended Southern College of Optometry and became a Doctor of Optometry.